How to Draw Cartoon Dog

We all want to know how to draw cartoon dog. Isn’t it because many of us have a dog at home?

My guess is: yes, it is! In this lesson, you will learn in a few simple steps how to draw it. As I always say, first, observe this picture carefully.

Body posture, the height of the head, its size to the body, etc. The fun is, that you can create your own cartoon expression.

Your drawing doesn’t need to be exactly the same as this one.

So take it easy and don’t sweat to make this an exact copy. Your drawing will be just fine. That’s why it’s cartoon :) 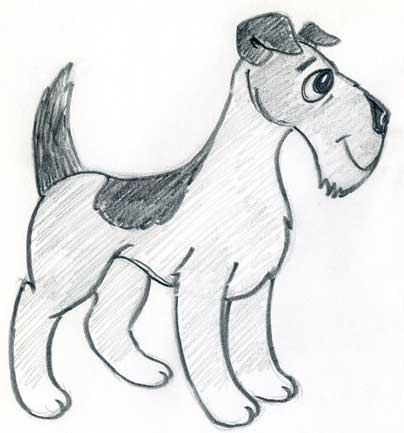 Learn How To Draw Cartoon Dog 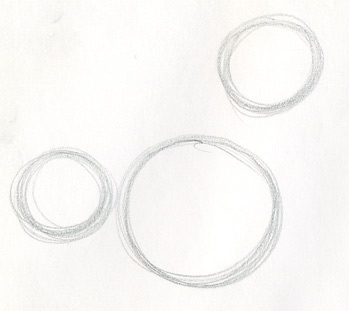 Following this tutorial, you’ll quickly learn how to draw a cartoon dog. You’ll be amazed at how simple it is.

If possible draw them in the same or similar position and distance to each other as in this picture. These first three circles will determine the shape and size of your cartoon dog. 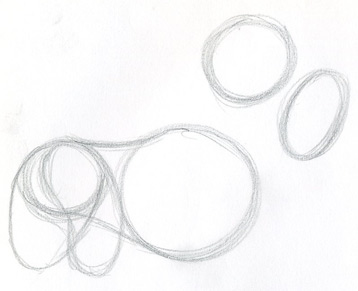 Next to the head circle draw an ellipse. This will represent the part of the dog’s mouth.

On the back, draw another two “noodles”, these are the outlines of the dog’s thighs. Notice, that one “noodle” looks like an up-side-down egg and another one (far side) looks like a bean.

Now, join the chest ball and the back ball together by a softly curved line. 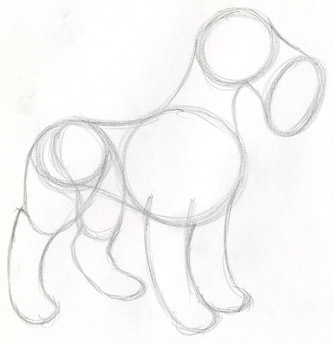 Generally, drawing an animal’s legs might be quite a challenge. But here, you should be able to do it easily.

Now, you almost know how to draw cartoon dogs :) …well, not yet exactly. After a few details, we are almost there. 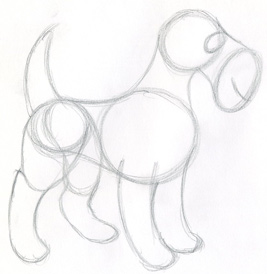 Draw the eye and the mouth. It should be smiling, because it looks friendlier.

Do not mind if you make some small mistakes with a pencil here and there. It is a cartoon, not a portrait. Be easy about it. Whatever the outcome is, it is just fine. If you are not satisfied with it, you can draw a new - better one.

I always recommend drawing every picture at least 3 x (three times) so that you can memorize the strokes and refine them. 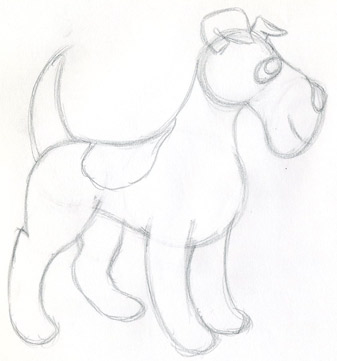 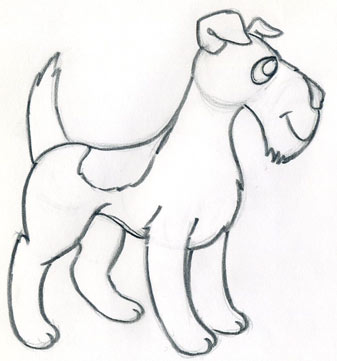 So far you had mainly thin pencil lines. Now, draw a distinct clear outline. I used soft pencil 4B. If you don’t have such a soft graphite pencil handy, ordinary HB is also OK. 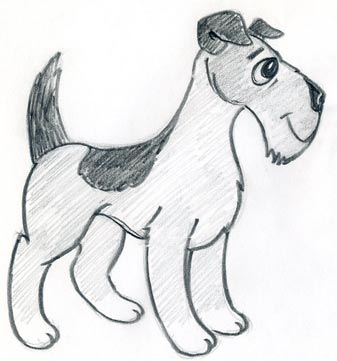 Start working on eyes first. Make the black iris and leave the small shiny white dot in the middle – first, observe the eyes on the picture carefully!

Darken the nose and work out the rest of the body parts as seen in the picture.

You can also create your own version of a cute cartoon if you like. Use as much creativity as you can. It’s just a cartoon!

Did You Enjoy Drawing Cartoon Dog?