How To Draw Manga Eyes

To draw manga eyes is easier than you have ever imagined and, you’ll soon see why. Character or personality of any human face (this includes manga or comics) is determined mostly by eyes. If you change slightly the eyes, the impression of that character changes instantly.

Before you start to draw a complete manga human figure, it is good if you practice individual parts first.

Let’s start from the head and face. Since every character’s individuality is determined by eyes, the best idea would be then to start with eyes.

Variations on manga eyes are virtually infinite, as many as you can imagine. When you learn the basic “recipe” of how to draw manga eyes – I promise, you’ll learn it in no time - you will be able to create your own variations of manga eyes as you wish.

A fictitious manga character whether is it about eyes or the whole body is always a product of our – your - imagination. It means that you can draw freely whatever shape or size you like and need not to be afraid “not to be accurate”. Your creation will always be the perfect one because it is the first and, it is the original. 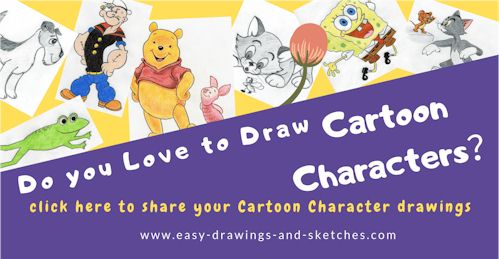 Simple Drawing of A Human Eye 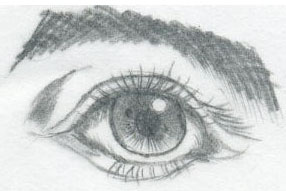 This is a simple drawing of human eye. I put this picture first, so that you can compare the differences between manga-eyes-below) and simple human eye drawing. You can almost tell from the shape and roundness that it looks like a female eye. 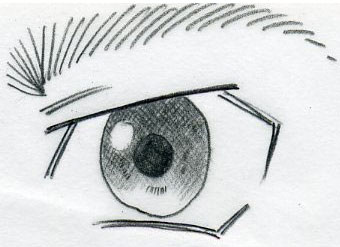 Comparing to the first drawing, this looks more like male’s eye. It radiates out maybe a bit of anger, and that is why the shape is rather angular. When you compare to the above simple human eye drawing you’ll easily notice the simplified features. And, that is what manga eyes are about. 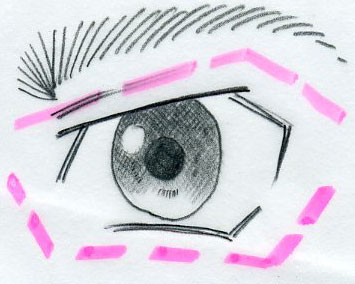 While real human eye’s contour resembles to a shell-like shape, especially the eyes of child and female this one has rather sharper angular contours, so it should fit well to a male character.

Here is and example of how to draw eyes in easy step-by-step sequence. Take whatever paper you have – yes, the back of envelope will serve the purpose perfectly. Take a pen or pencil and do this exercise first. Do it now.

Don’t make too much preparation, like selecting the right pencil, the right paper/notebook, the right light, the right daytime, the right mood…or the right whatever, because it is almost never right.

We are often stacked in too much unnecessary reparation that literally keeps us idle. 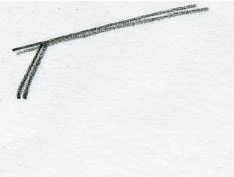 1) Begin to draw with the outlines of eyelid first. 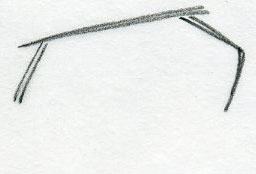 2) It does not really matter what angles you decide because it will be your original, so take your time and be easy about it. If possible avoid using eraser. If you made a mistake or do not feel satisfied with the shape, draw over the previous line. 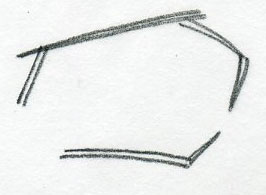 3) You can observe the proportions and lines as on the picture and try to keep the same shapes but it is perfectly OK if your sketch does not resemble to this one. 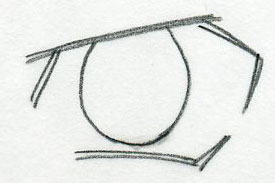 4) Draw a (not exactly) round circle of the iris. Notice that in most cases the upper part of the iris is almost always hidden under the upper eyelid. See your own eyes in the mirror. 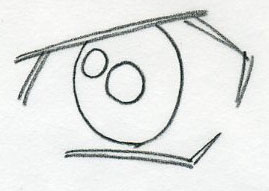 5) Approximately into the middle of the iris draw a round circle of pupil and, one smaller circle next to it, diagonally up above. This circle is the reflection of the light. You’ll see in a moment why it is important. 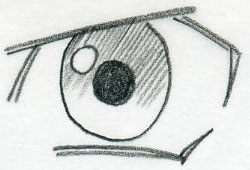 6) Now, shade the pupil, starting from the top. The upper part of pupil is darker, it helps to create an image of 3-dimensionality. 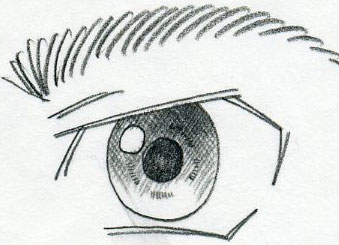 7) Shade the pupil by crosshatching, leave the second smaller circle white and add several short strokes spinning around the pupil. Draw a simple eyebrow so that the picture looks complete.

The following compact guide needs not any commentary. Simply follow the sequence as you see on the picture. 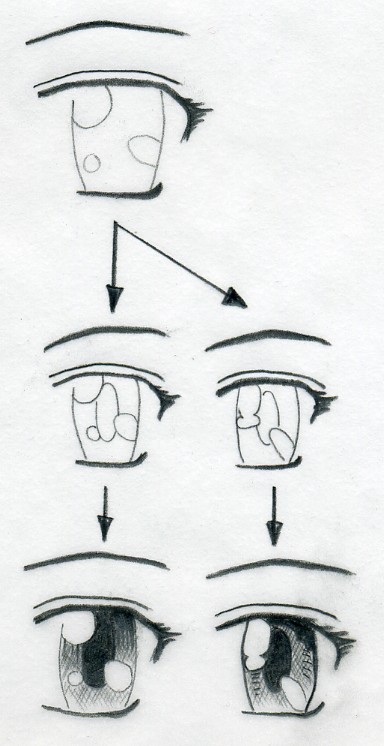